OKT is proud to represent the Saugeen Ojibway Nation in their historic claims. Below is the press release announcing the start of this historic trial.

The Saugeen Ojibway Nation (SON) is set to begin a trial on Thursday, April 25, 2019, having two long standing claims heard by an Ontario court: a claim about its ownership of lands under water and a claim seeking redress from Canada and Ontario for a broken promise to protect some of SON’s lands.

SON is made up of two distinct First Nations – the Saugeen First Nation and the Chippewas of Nawash Unceded First Nation – that have a shared history and ancestry, and launched these two claims jointly against Canada and Ontario approximately 20 years ago.

SON’s claim about ownership of lands under water is a claim about title to SON’s traditional homelands that were not surrendered by treaty.  SON’s traditional homelands – or its territory (see attached map) – includes the Saugeen (Bruce) Peninsula and about 1 ½ million acres of land to the south of it, stretching from Goderich to Collingwood. It also includes the waters surrounding those lands. Those are the waters of Georgian Bay and Lake Huron, and SON is asking the court to recognize SON’s ‘Aboriginal title’ to those waters.

Aboriginal title, in Canadian law, is a community ownership right recognized and protected by section 35 of the Constitution Act, 1982. First Nations in Canada have successfully brought court claims about Aboriginal title to lands, but this is the first time that the issue of title to lakes is being claimed and decided by a court.

“This trial is not only a watershed moment for SON seeking recognition of our rights, but also for Indigenous peoples and Aboriginal rights across Canada,” says Chief Lester Anoquot of Saugeen First Nation. “This is about legally recognizing how integral our waters are to us as Anishinaabe people, and how the relationship we have with and the responsibilities we have to our lands and our waters has survived to present day.”

Like the title claim, SON’s second claim is about is ultimately about its relationship to its homelands. In 1836, the British Crown pressed SON to surrender 1.5 million acres of its lands south of Owen Sound. In exchange for those rich farming lands, the Crown made SON an important promise: to protect the Saugeen (Bruce) Peninsula from settler and for SON, forever. But, 18 years later the Crown came back for a surrender of the Peninsula. The Crown said that they could no longer protect SON’s remaining lands from settlers, and Treaty 72 was signed in 1854. SON’s claim is that based on the evidence, the Crown could have protected the Peninsula and misled SON into believing they couldn’t in order to push SON to agree to the treaty. SON’s claim is that this was a breach of the Crown’s duty it owed to SON, and that lands on the Peninsula that are still owned by Ontario or Canada or have not been bought and paid for by third parties (so, some municipal road allowances and shore road allowances) should be returned to SON. SON is also asking for compensation – the amount is not going to be dealt with now but instead left for a later phase of the trial.

Chief Greg Nadjiwon says about this claim: “What SON is asking for is the righting of a historical wrong, a wrong that our people still feel today. For the past 200 years, we have been excluded from the benefits and opportunities that are abundant in our homelands and on the Peninsula because of the Crown’s broken promises.  What we are looking from this court is the chance to rectify this situation and to have our story and our attempts to seek justice preserved in the record of history.”  With over 200 days of trial scheduled, it will take two to three years for the case to be heard, making it likely Ontario’s longest ever trial. The hearings are slated to be begin at 10:00AM in courtroom 5-1 at 330 University Avenue, Toronto. The trial will take place mainly in a Toronto courtroom, but with some of the hearings taking place in the SON communities: Chippewas of Nawash Unceded First Nation on April 29 – May 3 at the Cape Croker Community Centre and Chippewas of Saugeen First Nation on May 13-17 at the James Mason Memorial Cultural & Recreational Centre. 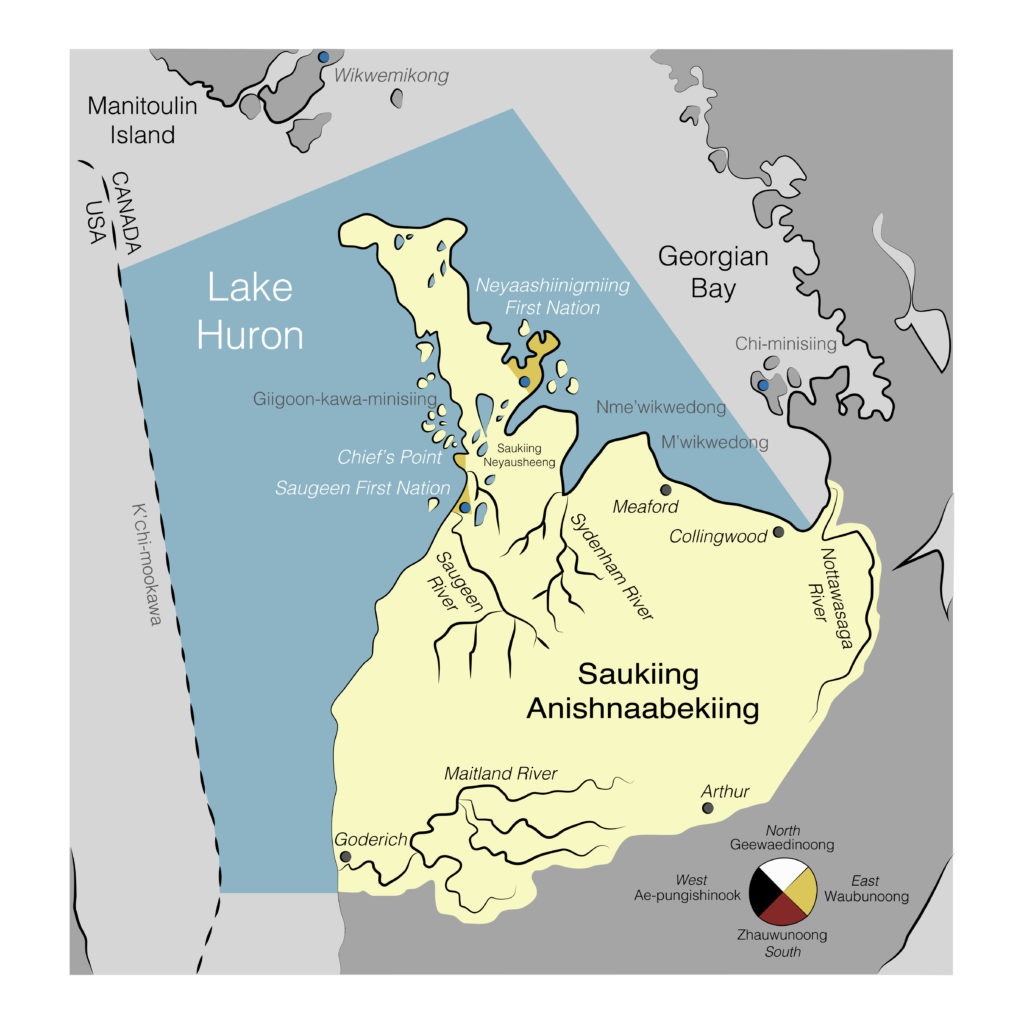 The Supreme Court of Canada released its decision today in Grassy Narrows First Nation v. Ontario (Natural Resources), 2014 SCC 48 [referred to as Keewatin, in the courts below]. In…