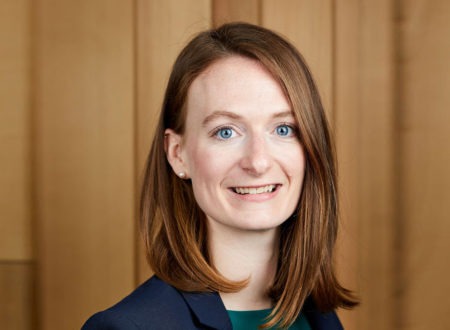 Since recreational cannabis became legal in Canada, many First Nations have been considering creating their own laws to regulate it, including its possession, use, cultivation, distribution and sale.  We have also advised First Nations who have unlicensed cannabis activity in their communities about strategies to control cannabis activity.

In many ways, cannabis is a unique legal area, and presents both great opportunities and challenges for First Nations communities. Cannabis can also be a divisive issue in communities, with some people, often dispensary owners, pushing for fewer regulations on cannabis, while other community members worry about the negative impact cannabis legalization may have on the community, particularly young people.

Because of this, it is essential that communities carefully plan how they are going to proceed with cannabis controls such as cannabis laws, including establishing their goals, drafting their laws in a way that best protects them from legal challenges, and engaging in discussions with the federal and provincial governments to ensure as much as possible that the laws are respected and upheld.

Below, we explore the background of cannabis legalization in Canada and Ontario and the laws on cannabis currently in place. Then, we discuss the different potential legal basis for First Nations to enact their own cannabis laws. Finally, we provide a note of caution by highlighting some of the potential pitfalls of asserting jurisdiction over cannabis without having properly drafted laws in place governing cannabis on reserve.  We also advise that inherent jurisdiction is held by the collective, and that a good engagement plan with evidence of strong support for the final solution is central to a good legal strategy.  Many of our clients are putting the exercise of authority to a community vote, either through a general question, or engagement about a finalized draft of a law.

Canada’s Cannabis Act came into force on October 17, 2018, legalizing the possession, use, cultivation and purchase of limited amounts of cannabis for adults age 18 and older for recreational purposes. The Cannabis Act creates a legal framework controlling the production, distribution, sale and possession of cannabis across Canada. The purpose of the Cannabis Act is to protect public health and safety, and, particularly, to protect young people, prevent illicit activities relating to cannabis, ensure the quality of cannabis being supplied to the public, and enhance public awareness of the health risks associated with cannabis use.

In addition to the laws set out in the Cannabis Act, it has delegated the authority for each province to establish the distribution and sale of cannabis within their regions, creating rules about how and where cannabis can be sold, as well as limits on how much cannabis a person can have in a public place. The provinces also have the option of raising the legal age for cannabis use above 18 years. In Ontario, the Cannabis Control Act raises the legal age for cannabis use to 19 years, and adds a number of other restrictions on cannabis use, including preventing people from using cannabis while driving and defining where cannabis can be consumed. In Ontario, under the current laws, cannabis can be purchased either online through the provincially run Ontario Cannabis Store, or at an authorized retail store. No such stores are currently located on reserves, and it is unlikely that they will be in the near future since currently the number of authorized stores in the province is limited to 25, and the stores must be located in municipalities with a population of over 50,000. Ontario’s Cannabis Control Act has a similar purpose to Canada’s Cannabis Act, including protecting public health and safety, protecting and educating youth and restricting their access to cannabis, and preventing illicit activities.

Asserting jurisdiction: Avenues for First Nations to write their own cannabis laws

The legalization of cannabis has prompted many First Nations to consider developing their own cannabis laws to ensure that the specific needs and goals of their communities are served.

These laws are grounded on various principles: asserting inherent jurisdiction; conducting negotiations with the provincial or federal government; asserting an aboriginal right to self-government; and using powers under the Indian Act or the First Nations Lands Management Act. Each of these options has its own advantages, as well as dangers and potential pitfalls.

Negotiations with the Province:

Ontario’s Cannabis Control Act, Cannabis Licence Act and Cannabis Retail Corporations Act explicitly provide for negotiations between Ontario and First Nations regarding the “sale, distribution, purchase, possession, consumption, cultivation, propagation or harvesting of cannabis on a reserve.”   In addition, the Cannabis Licence Act allows for the Ministers to make “agreements with a council of the band with respect to the regulation of cannabis retail stores on a reserve, the licensing or authorization of persons to operate cannabis retail stores on a reserve or the enforcement of this Act.”  However, Ontario cannot enter into agreements with First Nations about areas of law that lie in the federal government’s jurisdiction. This means that Ontario can likely only come to an agreement with First Nations regarding the sale of recreational cannabis on reserve: anything else would require Canada’s participation and agreement as well.

Similarly, no Canadian court has yet recognized an aboriginal right to self-government under s. 35 of the Constitution Act, 1982. The only time this issue has ever gone to the Supreme Court was in a case about the regulation of gambling on reserve, and the court failed to find that there was a right to regulate on-reserve gaming (but, importantly, didn’t deny a general right to self-government, either).

First Nations’ powers under the Indian Act allow Councils to create bylaws for a number of purposes, including providing for the health of residents on reserve, preventing disorderly conduct, removing and punishing trespassers, and prohibiting intoxicants on the reserve. Under the First Nations Land Management Act, First Nations’ have expanded powers over land and use of land. While these powers are useful and could be used to underpin First Nations’ cannabis laws, they are limited in what they give First Nations power over. It is also unclear the extent to which they can be applied to cannabis, since this power has not yet been tested.

None of the above is intended to discourage First Nations from asserting jurisdiction and developing cannabis laws; on the contrary, cannabis presents an unusual opportunity for First Nations to further the self-governance of their communities. That said, First Nations must be strategic, and approach this challenge with caution and careful consideration.

Proceeding with caution: possible pitfalls of asserting jurisdiction without laws in place

Different First Nations may have different goals with respect to cannabis: some might seek to use cannabis laws to deal with illegal drug issues in their community; others to foster economic growth and prosperity for community members; others still might seek to ban cannabis entirely to avoid any negative impacts on the community legalization might bring. Regardless of the specific purpose behind cannabis laws, it is critical that those purposes be set by the community as a whole, rather than by individuals advancing their own self-interests over the community’s welfare and safety.

The overarching goals behind Canada’s and Ontario’s cannabis laws are ones that are overwhelmingly shared by First Nations communities: protecting public health and safety, protecting youth, and preventing crime. If First Nations decide to assert jurisdiction and displace Canadian and Ontario laws on cannabis, it is essential that they have a comprehensive legal framework in place to replace those laws and ensure that these goals are still achieved. A legal vacuum on reserve has the potential to hurt communities, create lawlessness and fuel organized crime.

Inherent jurisdiction is held by the collective, so it is essential that laws grounded in inherent jurisdiction engage the whole community. We recommend having a good engagement plan, with evidence of strong support for the final solution. Many of our clients are putting the exercise of authority to a community vote, either through a general question, or engagement about a finalized draft of a law.

Regardless of what approach First Nations choose to take in asserting jurisdiction over cannabis on reserves, they must be careful in the crafting of their laws to give them the best chance at withstanding any legal challenges, and serving the purposes the community needs them to. Taking steps such as engaging in conversations with both Ontario and Canada are also critical to giving cannabis laws the best chance of being respected by these governments and upheld in any court challenge. Although it may be more work now, proceeding this way could help protect community cannabis laws, and advance First Nations’ jurisdiction in the long term.

It is a difficult situation that federal cannabis legalization has created in many First Nation communities.  But, it is an opportunity to show both federal and provincial governments that the best authority to exercise cannabis control is the original jurisdiction of these lands, this inherent jurisdiction should no longer be the jurisdiction that our treaty partners can ignore.  With some First Nation dispensary owners wanting to be licenced and controlled by the more legitimate First Nation authority, there is a win-win here for all governments to cooperate.

A ‘specific claim’ is a claim made by a First Nation against Canada for a historic wrong. They typically relate to claims where Canada has either breached its obligations under…